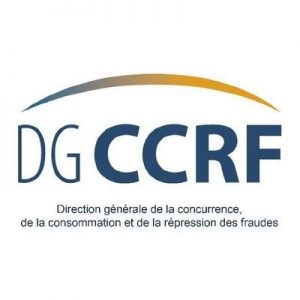 The Irish CCPC met with their French counterparts, DGCCRF, in Paris before Easter and discussed the complaints that Irish consumers have made regarding the sale of certain French Leaseback properties.

The CCPC held a meeting with Brian Hayes MEP on 25th April 2018 and discussed the issues. Brian has been a staunch supporter of owners and has raised the issues on behalf of owners a number of times. No owners were present at that meeting.

The message seems to be that the CCPC have performed their role in collating the consumer complaints and following the EU process for the investigation of such cross-border complaints.

There was no clarity given as to the scope of the French investigation – whether the notaires, banks, operators were in scope, or the developers and sales agents.

There was no clarity given to any possibility of having lease contracts cancelled if it was concluded that they had breached EU law. (Though a child could tell you that either the law was breached and breach seriously, or the law was inadequate and seriously inadequate.)

In short, there was little to re-assure owners.

However, without pre-empting the outcome of the investigation, the DGCCRF can rest assured that Irish owners will not be going away any time soon …

The office of the Commissioner for Consumers continues to follow the situation closely. The Head of Unit, Marie-Paule Benassi has said the following :

..problems have been generated in the context of various French fiscal schemes aimed to promote investment in the housing rental market. To our knowledge several thousands of French citizens, as well as a considerable number of properties and intermediaries have been concerned by various types of problems related to these schemes. Some of the promoters and intermediaries are bankrupted, and in certain cases under criminal probes in France.

The Commission regularly presses DGCCRF authorities to come to conclusions about these cases. Such conclusions will then be transmitted to the UK and Irish counterpart authorities. The DGCCRF conclusions would serve to stop possible ongoing unfair commercial practices and to eventually launch public prosecution of the operators at fault. Further, these conclusions can be used in civil proceedings to obtain redress.

As you rightly pointed out, this complex matter unfortunately affects the livelihoods of thousands of investors.

In our communication to DGCCRF, which is part of the French Ministry of Economy responsible for fiscal incentives, we will stress the importance of taking measures to ensure that foreign investors are informed of the risks attached to such schemes.

The CCPC sent the following update to owners who had submitted complaints :

The CCPC has assisted the Direction Générale de la Concurrence, de la Consommation et de la Répression des Fraudes (DGCCRF) by collating complaints received from consumers in Ireland and providing a preliminary assessment of the information provided. The preliminary assessments were sent to the DGCCRF in two phases; in October 2017 and January 2018.

On 29 March 2018, officers from the CCPC met with counterparts from the DGCCRF. The purpose of the meeting was to discuss the investigation that the DGCCRF has commenced in relation to potential consumer protection issues surrounding the Sale and Leaseback scheme that Irish purchasers entered into with French traders. The CCPC’s engagement with DGCCRF on this issue is through the Consumer Protection Co-operation Network; this is the network of authorities responsible for enforcing EU consumer protection laws in EU and EEA countries.

Following the CCPC’s meeting with DGCCRF, there are a number of key points to be brought to the attention of Irish purchasers:

At our meeting, the CCPC advised the DGCCRF that we will provide them with further assistance that they may request in the course of their investigation.

Regarding the situation with UK owners, Daniel Dalton MEP received a reply from the CMA on 22nd February which states that all relevant complaints have been passed to their French counterparts. However they do not give the exact number of complaints relayed. Furthermore, the CMA notes that there is not yet a timeframe for the investigation as various locations and their respective authorities are involved.

They state that CMA officials are in regular contact with DGCCRF about the French leaseback schemes and have been informed that work has commenced. They expect it will some months before the outcome is known.

Given the properties concerned are in a variety of locations this is a national investigation by the DGCCRF. They cannot give us a timeframe for the investigation..

This website uses cookies to improve your experience while you navigate through the website. Out of these, the cookies that are categorized as necessary are stored on your browser as they are essential for the working of basic functionalities of the website. We also use third-party cookies that help us analyze and understand how you use this website. These cookies will be stored in your browser only with your consent. You also have the option to opt-out of these cookies. But opting out of some of these cookies may affect your browsing experience.
Necessary Always Enabled

Any cookies that may not be particularly necessary for the website to function and is used specifically to collect user personal data via analytics, ads, other embedded contents are termed as non-necessary cookies. It is mandatory to procure user consent prior to running these cookies on your website.